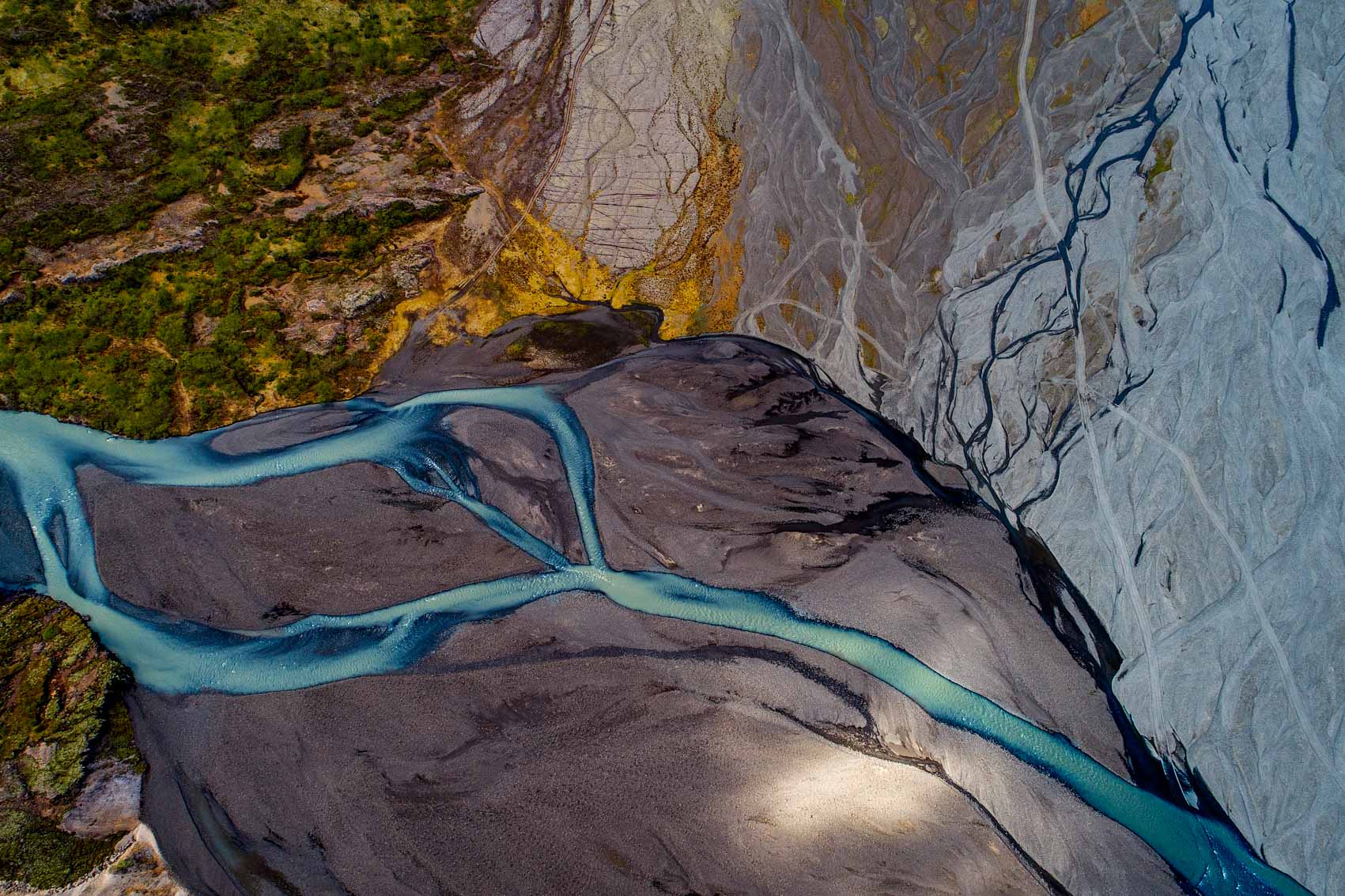 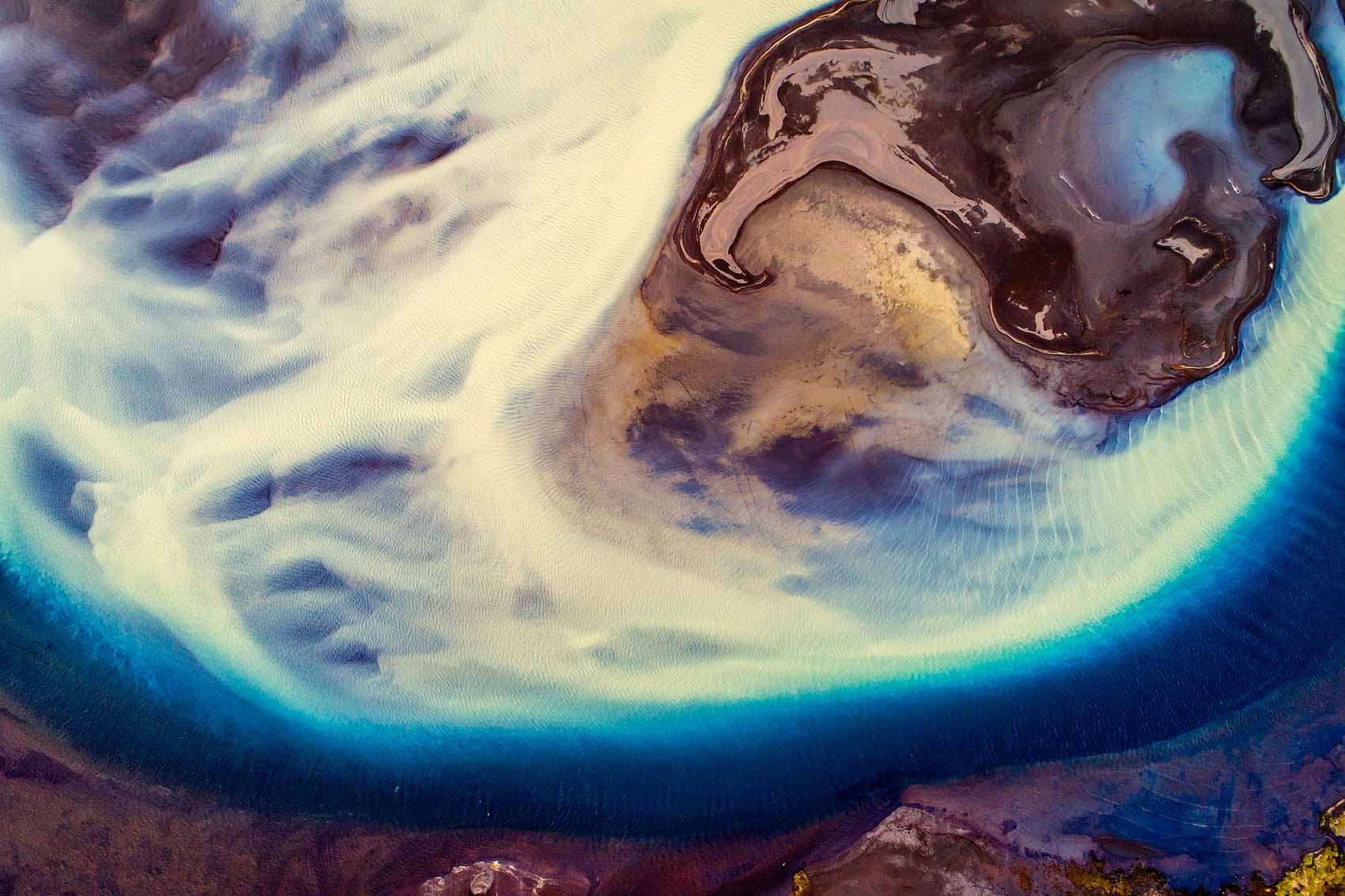 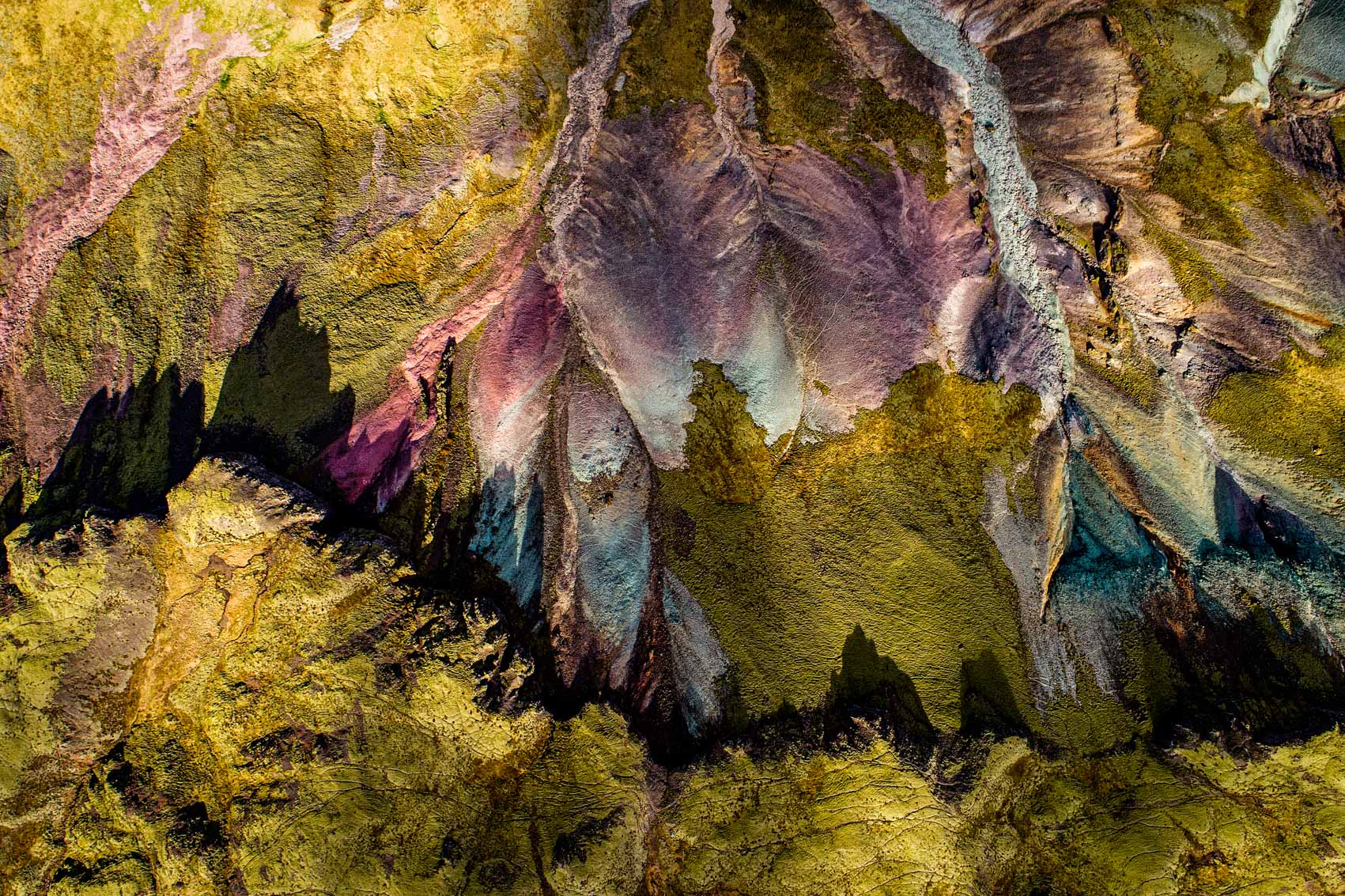 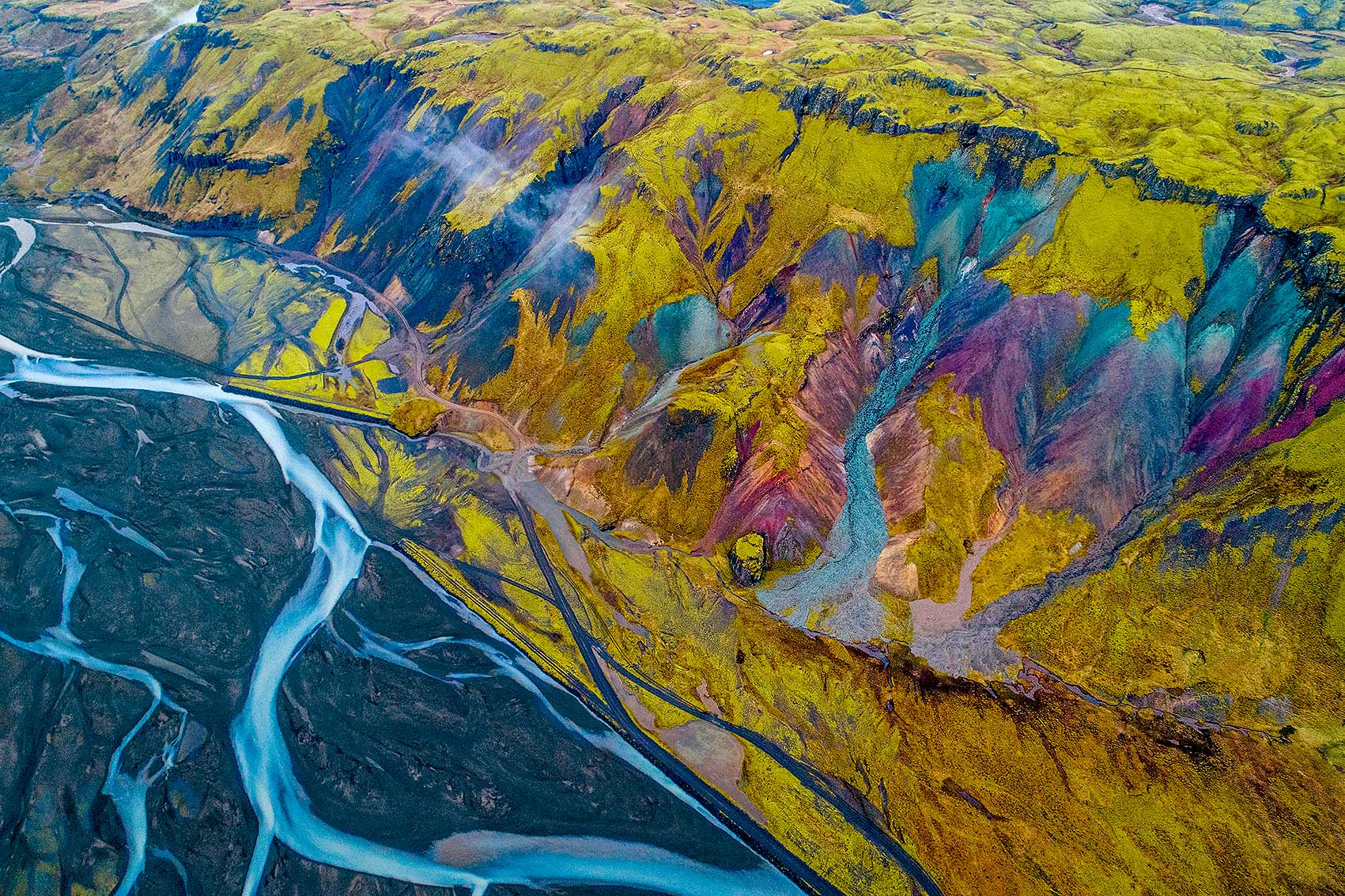 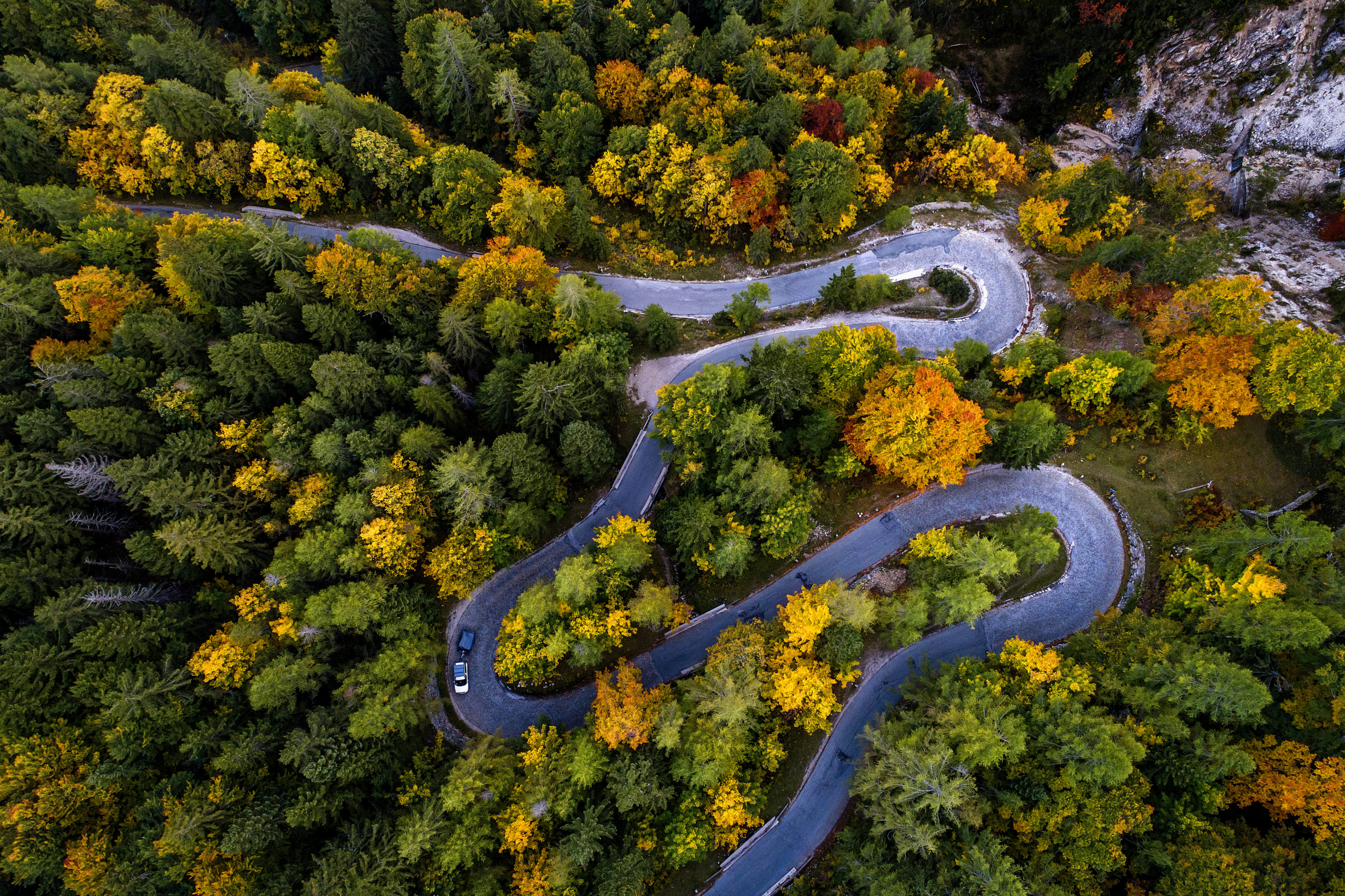 Within the last few years drones are increasingly used in photography. Aerial photographs of buildings and industry and foremost within the travel, outdoor and sports sector – the application possibilities are manifold and the operation of these unmanned aerial vehicles (UAV) is comparatively simple.

What makes drone photos so special?
I rented a drone for my first trip to Iceland without having flown very much before. I had seen pictures and I knew that it would be a great visual enrichment. But what a big difference the change of perspective makes, I realized for the first time when I was standing in a huge grey riverbed and didn’t see much except gravel and a bit of dirty water. But the satellite images on Google Maps had encouraged me to let the drone fly there anyway. As soon as I had gained a few meters in height, I realized that this was exactly the right decision. The river glittered in the most absurd shades of blue from the oblique sunlight and the reflecting sediments, and the dreary grey of the gravel was quickly joined by patches of moss and grass. What looked rather boring a moment ago suddenly looked like a painting.

Which drone do I use for what?
There are different types of drones, but by far the most common ones are the multicopters. From a toy with the weight of a bar of chocolate, to a heavy, large professional device with six or even eight rotors, everything is possible! Not all drones have a camera that can really take pictures and film, many of the toys and sports equipment often do not even have a picture transmission to the display of the remote control. Some models have automatic obstacle detection and a ‘Return Home Function’. Most of the drones, which can also photograph RAW, are subject to the new regulations of the German Air Traffic Control since 2020 – to fly with them you need a corresponding license.
Personally, I use a DJI Phantom 4 Pro V2 and a DJI Mavic Pro 2, the Phantom is a relatively large drone, the case with all accessories weighs 5 kg and the backpack, with which I can carry the drone and my SLR camera, has 80 litres. Quite a lot of luggage for a person of my size. Nevertheless I often carry my ‘big one’ with me, especially in the mountains or when travelling. In terms of flight stability, especially in less than optimal conditions, it is unbeatable. The ‘small one’ is mainly used for productions where a big backpack is not an option – like via ferrata or ski tours. Both drones remain below 2 kg take-off weight and were therefore allowed to be flown without a license until 2020.

What’s important to know?
With a drone you officially participate in aviation, so you must ensure that you do not endanger yourself, other people or animals. The technology is getting better and better, the drones fly further, higher and faster. As a result, there are now regulations and laws that restrict the use of these UAVs.

The right preparation
Ideally, you have already researched exactly where you want to fly and what the local conditions are like. There are some very helpful apps for this purpose: Map2Fly shows the airspaces, airports, nature reserves etc. for Germany on a map. For Austria I use the app ‘Drone Info’ from ÖAMTC and for Switzerland ‘TCS Drones’. The app ‘UAV Forcast’ shows very clearly whether the current weather conditions are sufficient for flying. Depending on where I am planning the flight, it is necessary to get the appropriate permissions. And then of course there are the physical conditions on site: Are there tall trees, or buildings or even power lines nearby. If the drone has not been used for a longer period of time, it is recommended to check for possible updates in advance. In addition, most of the drones are equipped with lithium-polymer batteries (LiPo for short), which discharge to a maximum of 3/4 of their capacity after a few days to extend their life span. A certain amount of preparation is considered indispensable.

Weather conditions and visual flight rules
Nobody can deny that the right light contributes decisively to the effect of a photo. However, the weather has played a major role in drone photography before: are the weather conditions such that you can take off at all? The ‘UAV Forcast’ app is a good indicator, but the most important thing is the local conditions. The two most obvious problems are rain and wind. The rain not only interferes with the sensors and can cause the drone to crash, the raindrops that collect on the optics cause large blurred spots in the image. But the temperature also plays a role – especially in combination with humidity from fog, rain, etc. Not only that the batteries do not last as long as usual – in the worst case the drone freezes within a very short time and can therefore no longer be controlled.
In Germany, the general rule is that the drone may not be flown higher than 100m or, according to new regulations, 120m and that there must always be visual contact with the drone. In general, the VFR – Visual Flight Rules or in German ‘Sichtflugbedingungen’, which also apply to normal air traffic, apply. These include a flight visibility of 800m, ground visibility and no clouds.

National Parks and other ‘restricted areas’
Flying over nature reserves and national parks is in most countries only possible with special permission. Rightly so, considering how unpleasant the sounds are for humans – we can understand what is happening. There are countless drone recordings of animals trying to flee from the drones in panic. What would happen if the drone collides with a flock of birds can be imagined by everyone. Also for airplanes and helicopters the drone can become dangerous, just imagine a rockfall in the size of a drone on the highway… That’s why the airspace around airports, airfields and helicopters counts
Starting points to controlled airspace and may only be used with permission to take off.

New regulations 2020
With the help of drones, virtually anyone can now take pictures that were previously only possible by helicopter. The multicopters are stable in the air, follow you on command and avoid obstacles independently – flying has never been so easy. Almost too easy, as it sometimes seems. Every adventurer who enjoys photography owns a drone and carries it to the most beautiful and remote places, regardless of what is happening around him. With the new regulations, which will be binding from July 2020, this will change. The exams that you can and must take – to get the appropriate permission to ascend – are certainly a curse for those who do it professionally. Licenses, permits and exams ultimately cost a lot of time and money. On the other hand, it is a necessity when you see the carelessness with which many ignore the regulations without thinking about the consequences.
From now on, drones will be classified into three categories – open category, specific category and certified category – according to weight, place of operation and purpose of operation. Most of the drones freely available on the market fall into the open category and are accordingly further divided into 5 classes C0 – C4. In short, everything that weighs more than 250g needs a license with verification. In the first moment I cursed internally. Such a chicanery – I have more than 30 hours in the air under the most adverse conditions in Iceland behind me and now I am here on a sports field in the east of Munich to show that I have mastered the procedures and additionally 60 pages on aviation law, meteorology, navigation and flight operations internalize?
But then I remember my experiences in Iceland, when there were hardly any rules and prohibitions there. To the tourist who steered his drone over a waterfall in march with massive minus temperatures to take a picture. How the drone immediately iced up in the spray mist and landed only centimeters away from the cliff. How this tourist starts walking without paying attention to the surroundings and does not realize that he is only standing on a frozen snow cornice and that he would have fallen the 30 meter high rocks into the Goðafoss at the next step. In a complex 2-hour action we finally salvaged the drone under rope protection, while over our heads further drones swarmed which threatened the same fate.
So how to differentiate between those who act responsibly and those who, with all the adrenaline (which is undoubtedly released during flight), endanger themselves and others headlessly and without the appropriate background knowledge? Of course, there is no guarantee, even with testing, but at least it can be assumed that the knowledge is available in principle and can hopefully be retrieved at the decisive moment. Furthermore, the idea that the annoying buzzing and humming in the air above nature reserves and at tourist spots will be less, is also tempting.

HDR photography, editing and prints
I very rarely take HDR pictures with my SLR camera – with the drone it is something different. The camera that is installed has a much smaller sensor and a lower tonal range. Especially when I take pictures of snow, ice or water the contrast is often too high. After the gimbal stabilizes the camera very well, you can take wonderful HDR shots and then later, for example, compose them in Adobe Lightroom. So you can be sure that both the person in the picture and the background are correctly exposed. I can still remember how in the past with HDR and panoramic shots you had to define points in the image in order to position the overlay correctly, today the artificial intelligence of the programs takes over as if by magic. I personally prefer to print on matt paper, for example Hahnemühle laminated on Alu Dibond. This brings out textures and colours particularly well. When the pictures hang on the wall it’s almost like looking through a window. This is exactly the special attraction of a high-quality print! 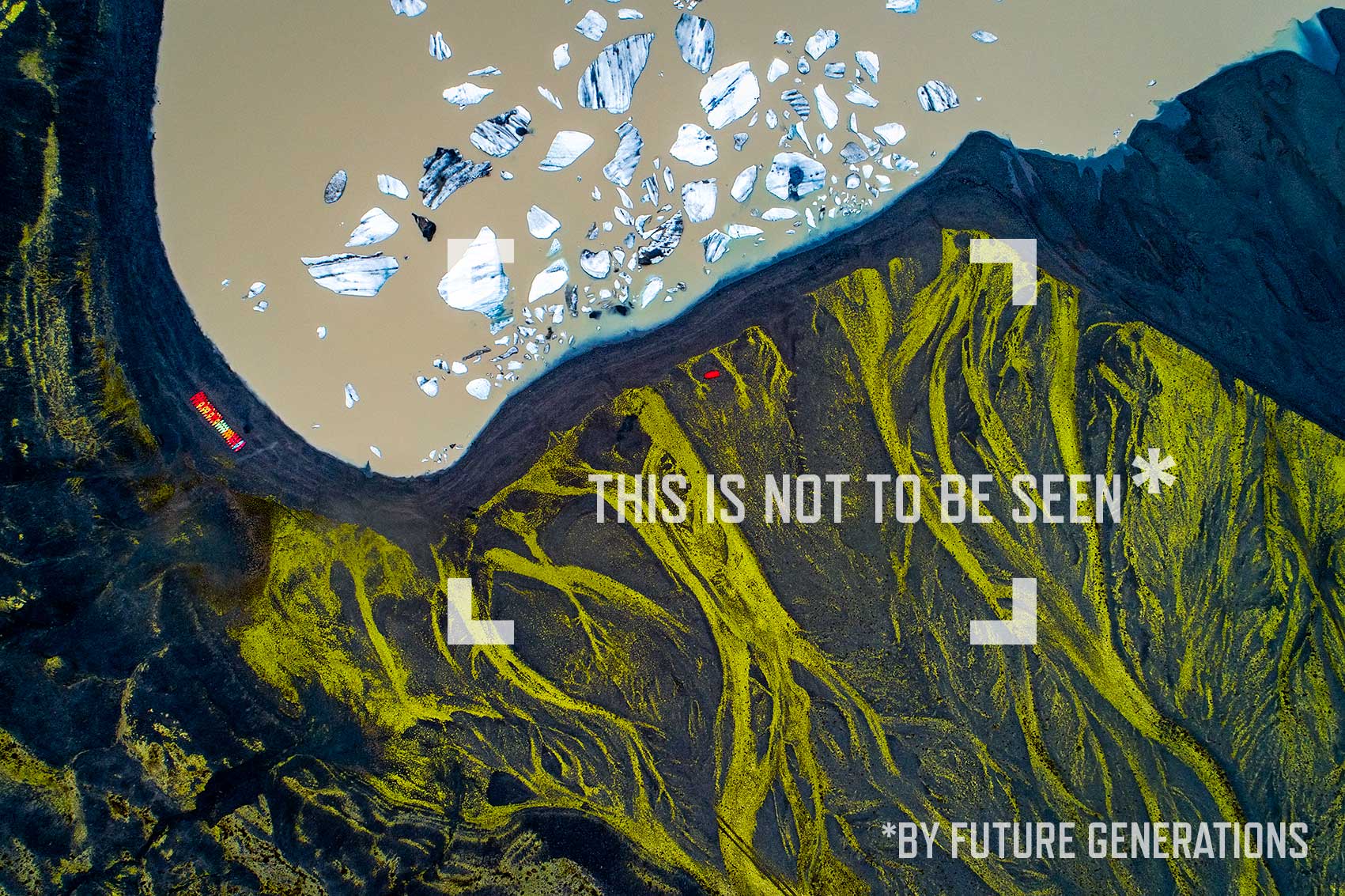 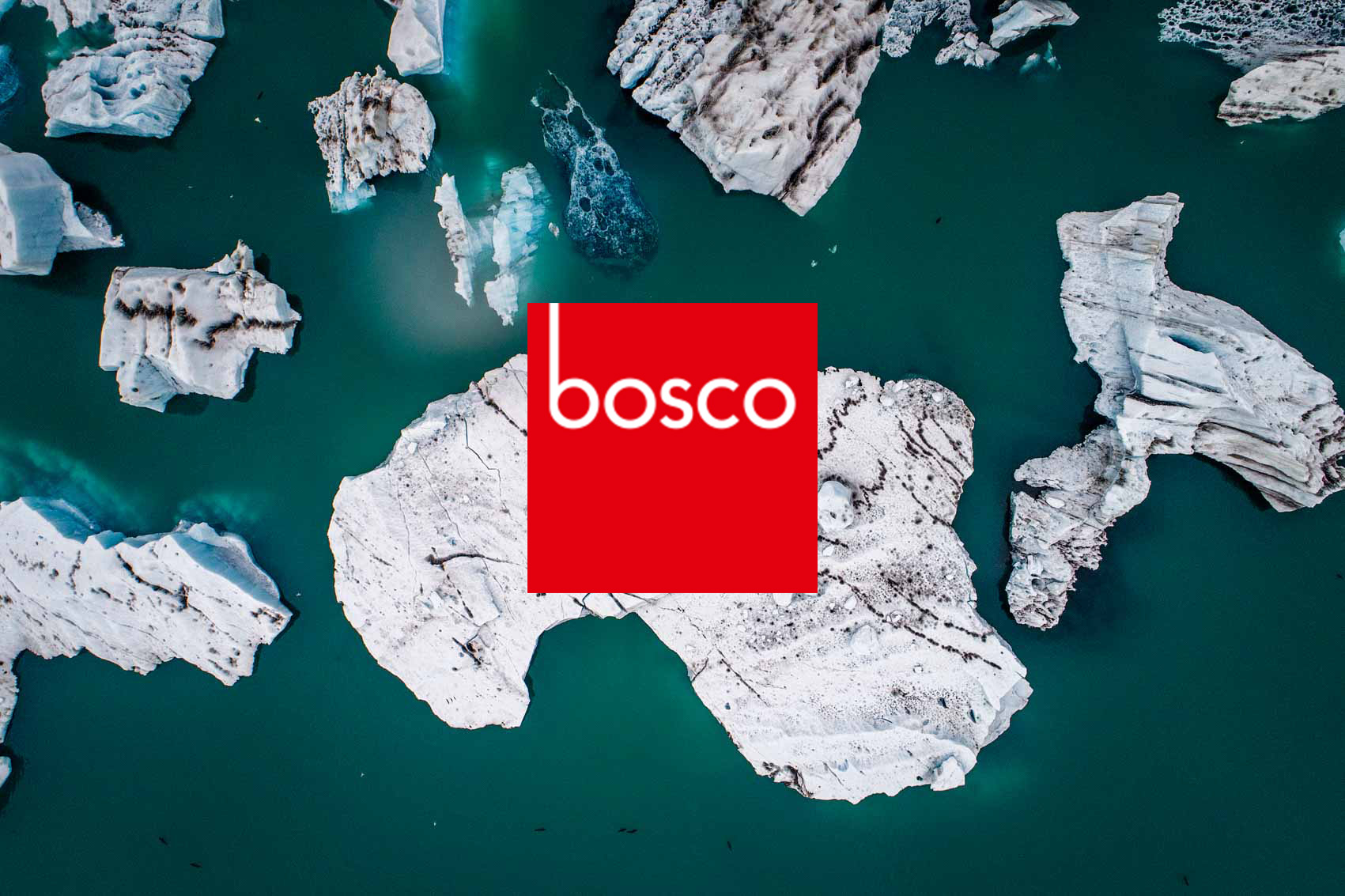 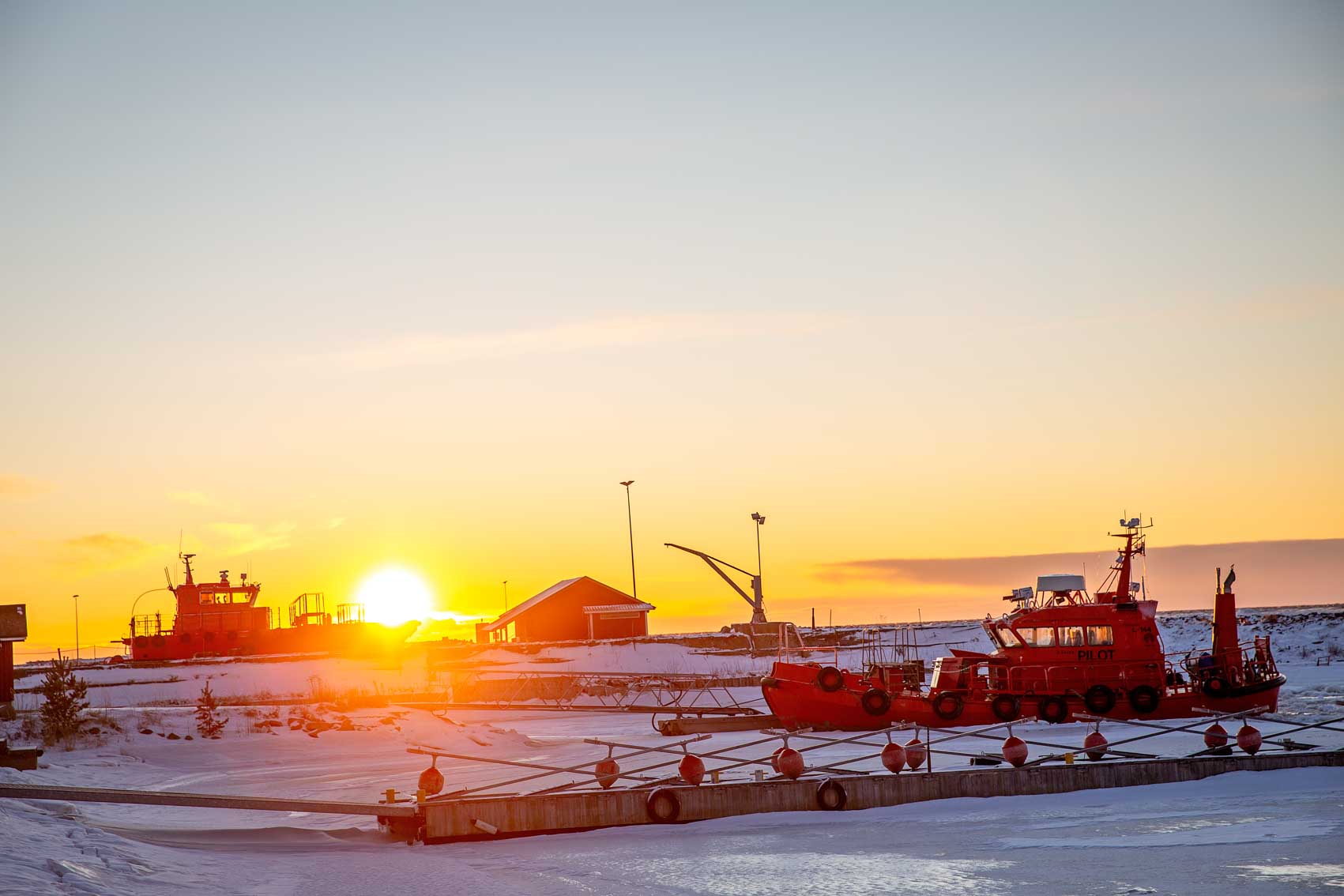 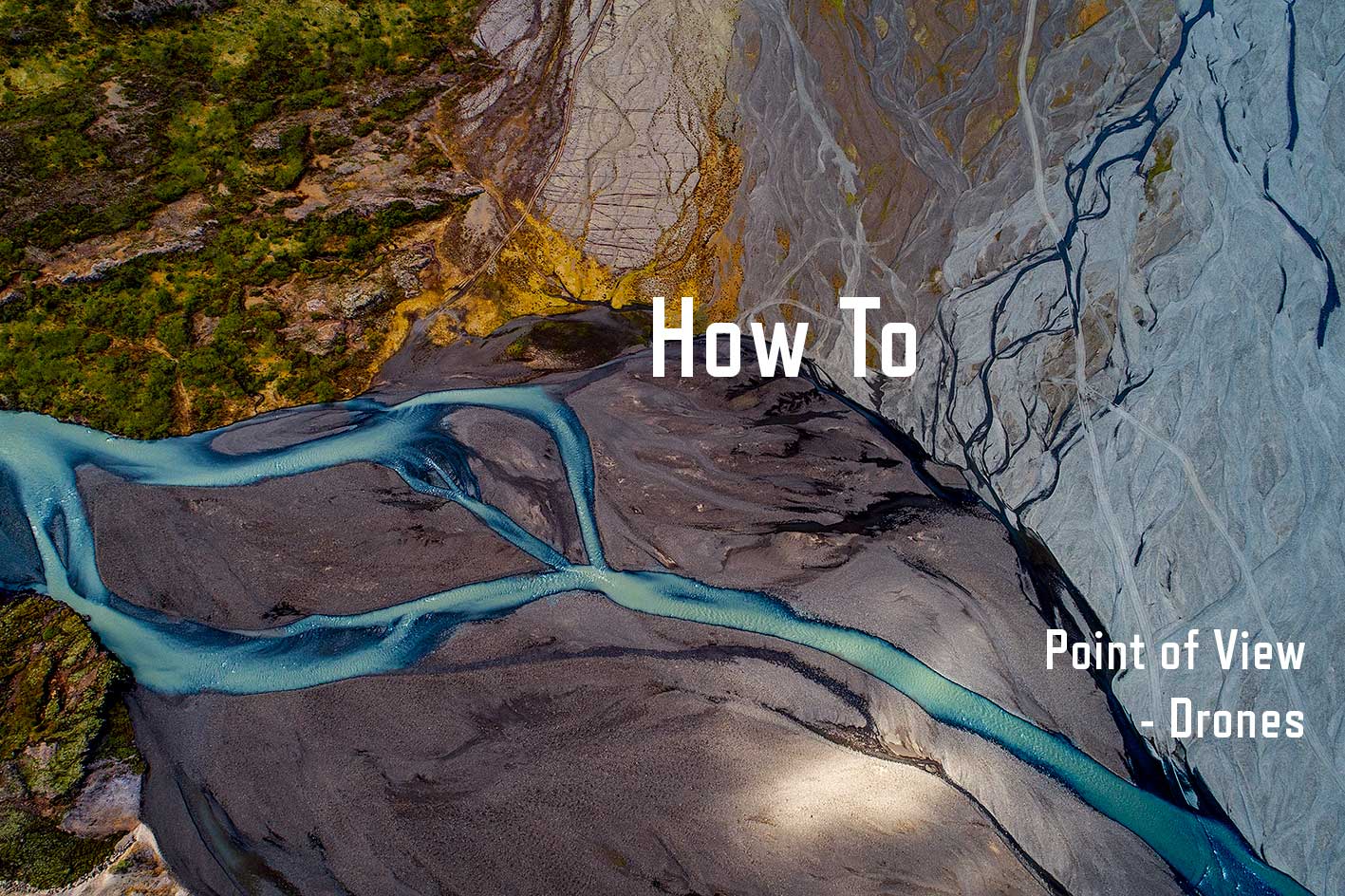 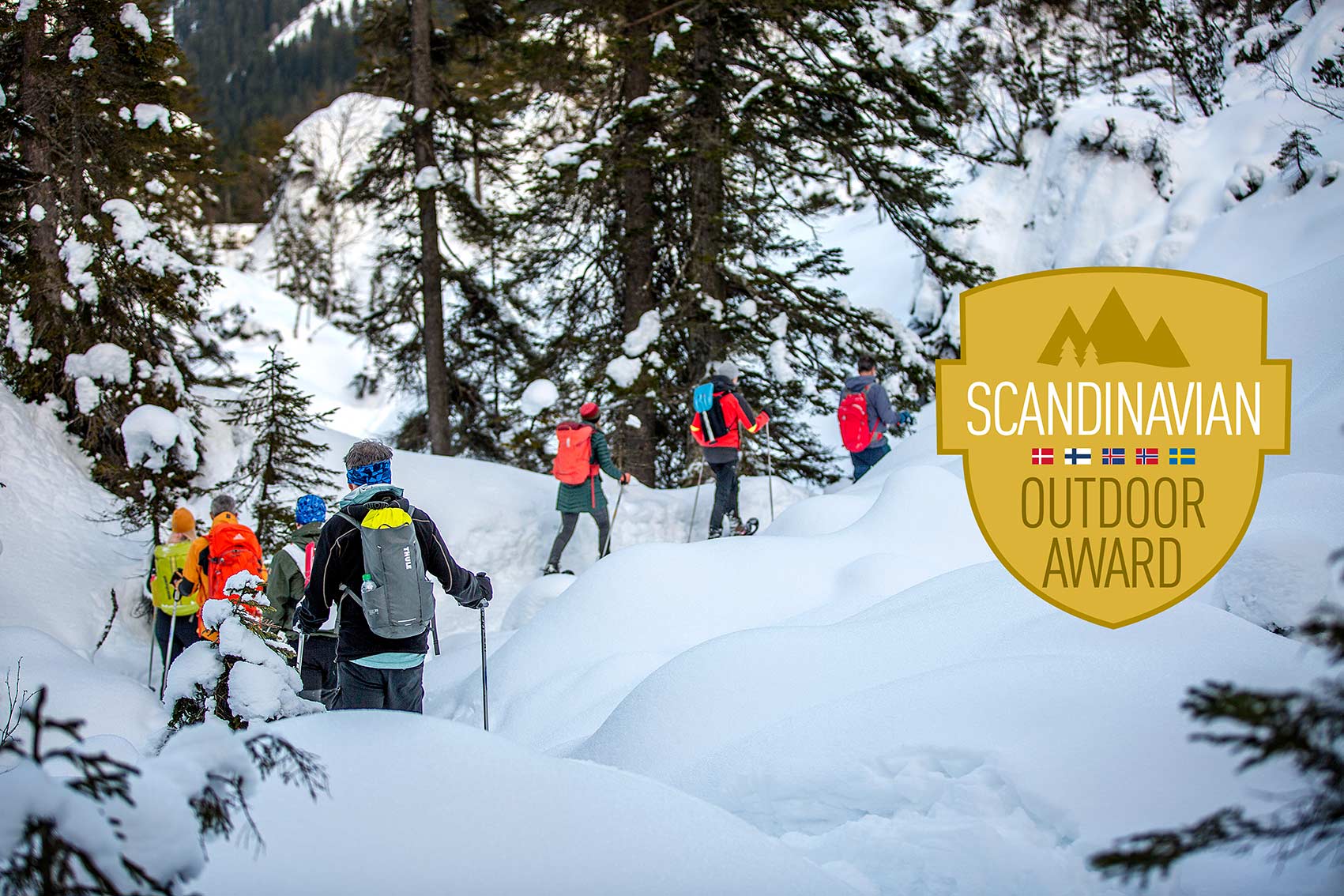 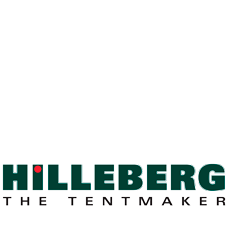 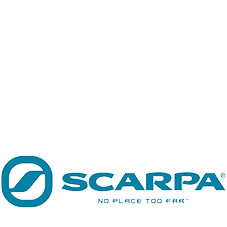 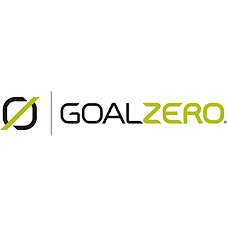 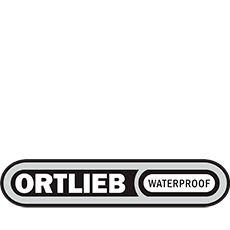 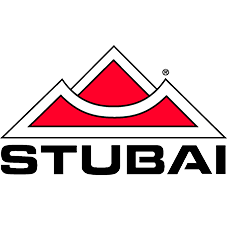 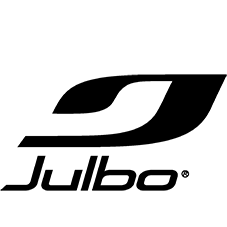 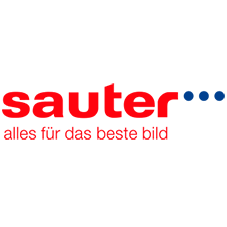 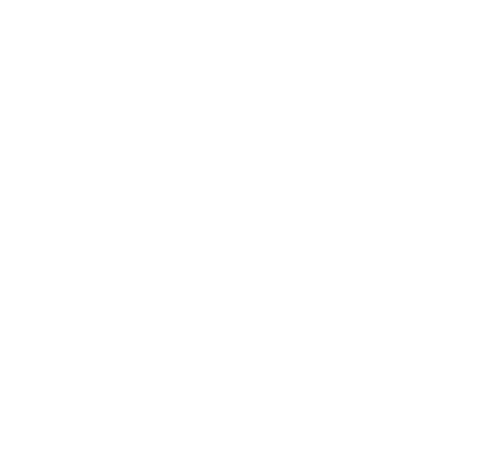 The Outdoor Blogger Codex
We are Outdoorblogger who love to be out there - we test transparently - we communicate who supports us - we are independent
Read more
Imprint
KontraPixel | Jana Erb | Forststraße 25 | 82069 Hohenschäftlarn
MOBIL: +49 (0) 160 5804952
E-MAIL: info@kontrapixel.de
www.KontraPixel.de
Read more
Data Protection
We are aware of the consequences processing of personal data has for the affected users and make sure to follow all relevant legal requirements. Your private data is therefore of the greatest importance to us and compliance with legal regulations concerning data protection is a matter of course for us.
Read more
Terms and Conditions
Working with us you agree to out general Terms and Conditions!
Read more